NARS Poison Rose Erdem Strange Flowers Lip Powder Palette ($49.00 for 0.32 oz.) is a new, limited edition lip palette that features one lip balm and four powder lipsticks. Per the brand, the Lip Powder formula is supposed to be “buildable, blendable” and can be used “with our without balm” and “worn alone or layered on lips” (per the press release). I recommend using the Lip Powders with the balm or some sort of creamy base, because they are, as one might expect, rather powdery and dry, so alone they tended to emphasize every single imperfection on my lips along with my lip lines and gave me a painfully tight (I could feel my lips protesting when I tried to smile in photos) lips as the formula clung and clung and clung. With the balm layered underneath or on top (I preferred on top for easier and more precise results), it was a lot more comfortable to wear and more forgiving on my lips.

Lip Priming Balm is a soft, peachy-coral with a natural sheen. It had semi-opaque, buildable pigmentation with moderate slip and a thin texture that wasn’t clingy. On its own, it pulled into my lip lines quite noticeably, but when layered with the powder lipsticks, it did not seem to be an issue. It wore well for three hours on its own and was neither drying nor hydrating.

Zira is a medium, rosy copper with warm undertones and a metallic sheen. The consistency was dense and more powder-like in the pan, but upon patting it onto my lips, it felt thin and dry with a clingy consistency that made my lips look rough–textured and lined. I had trouble getting this shade to adhere evenly, though it wasn’t terribly noticeable that it was uneven from afar. It had medium coverage that was buildable to semi-opaque coverage in two to three layers. It lasted for four and a half hours on its own and four hours with the balm, but it was somewhat drying without the balm.

Calypso is a soft, medium mauve with warm undertones and a matte finish. It had semi-opaque pigmentation that was buildable to full coverage with a second layer. The texture was lightweight, thin, and felt like a denser powder by touch, but it felt more like a true, thin powder when pressed and patted onto the lips. It spread well, though, and adhered intensely to my lips to the point where they felt shrink-wrapped (in a painful way). This was uncomfortable to wear on its own (four hours) and quite drying, and it was only tolerable with the balm (which had a similar wear time of four hours).

Damask is a rich berry with subtle, cool undertones and a matte finish. It had semi-opaque color payoff that was buildable to opaque coverage with a second application. The product had a dense, powder-like texture in the pan and then felt like a thinner layer of powder on my lips, which “absorbed” a bit and then felt like I had something clinging desperately to my lips. Without some slip, the product on its own emphasized my lip texture and made them appeared wrinkled. Layered with the balm, it was more comfortable to wear and forgiving on my lips. It lasted for over six hours on its own, left a stain behind, but was drying with the wear being only somewhat drying over time when used with the balm and still lasting for a good five hours on me.

Ottoman is an intense, medium red with neutral-to-warm undertones and a matte finish. The shade seemed to matte and so intense that it managed to reflect an almost orange-like sheen at times, which I’ve seen happen occasionally with very intense, bright, and more neutral reds (and I can’t figure out how to prevent it on my end…). It had medium, buildable pigmentation that applied fairly evenly but was prone to emphasizing lip texture as the product clung and made my lips feel (and look) shriveled. Smiling was uncomfortable with this product on. On its own, it wore well for over six hours but was drying and uncomfortable to wear; with balm, it lasted for five hours but the balm completely transformed the color… and somehow made it appear as a cooler-toned red. 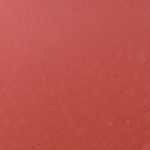 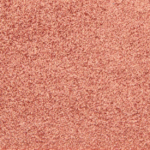 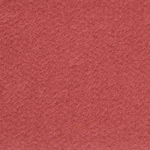 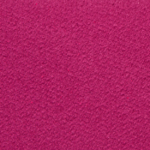 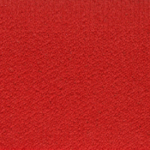 Read Review
B+
Featured Retailers
We earn commission on sales tracked from links/codes. Thanks for your support!
Sephora
Ulta
Nordstrom
NARS
Makeup Look

The idea of “lip powder” sounds painfully dry, and the swatches seem to corroborate that.
Love the shade selection though and packaging in this collection though.

Just my own personal opinion, but I could not and definitely would not use the 4 powders without the balm. They look terrible without it. But in the pics where you show it with the balm, they all look AMAZING! Shown that way makes me want this!

I have tried Clinique’s powder lipsticks, Sephora brand and a North Korean brand which I can’t remember the name of and they were all very drying when worn alone. I used several different lip balms to make them more comfortable and less drying to my lips. It decreased the longevity of course but for me they would have been unwearable without. I do a like a couple of the shades but not sure enough to purchase. The packaging is beautiful.

I tried Chanel’s recent lip powder duo and it was a disaster for me (not helped by launching it in the dead of winter). NARS lip powders look so much better in terms of pigmentation and a balm that seems to work with them. While the product is not for me, it’s good to see it as a viable part of the collection. (I still wish it were a blush palette.)

Love the way these colors look with the lip balm on, have a muted powder finish to them that’s very interesting. But without the lip balm, looks like lip torture!

I have lip powders from both Cle cosmetics and NYX and to me they are very comfortable and non drying. They really look beautiful on. I was really excited about this palette but now I’m unsure. I may still get it. I have no idea how I missed this review!! Glad I finally saw it.

I think the lip powders are a really cool idea. Ottoman is utterly beautiful.

The swatches definitely look dry but in the full face shots they look so pretty! It does seem weird that the balm would be so heavily tinted… seems like it would alter the colors.

I like the Ottoman and Zira shades, but the whole concept of lip powders doesn’t really appeal. And it’s not as if you can easily carry this in a hand bag for touch ups either.

If this wasn’t 50 bucks, maybe $20. Because to me the color Zira doesn’t look good. And pretty packaging isn’t that important to me. Revlon recently put out two lip powder palettes that I enjoy. I like wearing lip powders over creamy lip sticks to intensify the color and increase wear time.

it’s too bad the wear is not comfortable. seemed like such a cool concept!

Some of these colours are lovely but the whole concept is just too much trouble and too gimmicky (I hope this isn’t the beginning of a new “trend”). I’d rather just buy lipsticks in the 2 or 3 colours I like best in this palette.

I am so uninterested in this. It doesn’t excite me much.

I was a bit unsure how lip powders would go (never tried other such products) but I have been enjoying this palette. To be fair, I’ve not considered using the powders alone for my dry lips. But using a balm as a base, either the one here or my usual Jack Black, and layering the powders on top yielded a lovely velvety texture that I like a lot. Definitely fun to play with!

I just wanted to say that I think Christine looks SO BEAUTIFUL in these swatch images! That eye look is KILLER and your skin looks so glowy and fresh. I love this site and respect your opinions SO MUCH. Thanks.

I have no interest in this palette but Christine really looks beautiful in all the colors!