MAC Goalgetter Eyeshadow Quad ($32.00 for 0.19 oz.) is a warm-toned set of neutrals with three mattes and one shimmery shade. All four shades are from the permanent range, so they can be purchased individually as well.

Soft Brown is a light-medium brown with warm, rosy undertones and a matte finish. It had opaque color coverage in a single layer with a smooth, velvety texture that wasn’t too soft or too firm in the pan, so it applied well to bare skin, blended out without issue, and didn’t turn patchy as it came into contact with the natural oils on my skin. It wore well for eight hours on me before fading noticeably. This shade is part of the permanent range.

Amber Lights is a medium copper with warm undertones and a metallic sheen. It had good pigmentation with a fairly smooth, moderately firm consistency, so there was no excess product kickedup in the pan but wasn’t too thick on the lid either. It blended out nicely and lasted for eight hours. This shade is part of the permanent range.

Swiss Chocolate is a medium-dark brown with soft, warm undertones and a mostly matte finish. It had good color payoff, though the texture was thinner and more firmly pressed in the pan, which made it a bit harder to blend and diffuse on bare skin, as it took more effort to soften the edges. This shade wore well for eight hours on me. This shade is part of the permanent range, though it appeared darker in the quad than my permanent version.

I’m Into It is a dark burgundy with subtle, warm undertones and a matte finish. The consistency was drier and very slightly grainy, though it blended better on the lid than I would have expected based on the texture alone. It had semi-opaque, buildable pigmentation that stayed on well for eight hours. This shade is part of the permanent range. 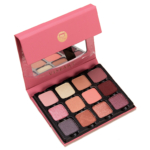 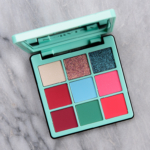 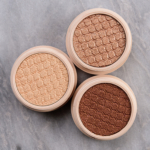 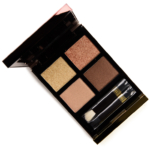 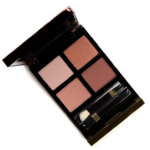 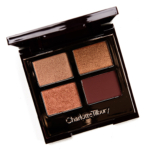 Even worse, this one is all permanent it seems.

Oh, I thought the 4th shade (I’m Into It) was a new/LE one but I see it’s marked as Permanent also, so that makes it even more of a “nothing” release.

I had the same thought! It seems like a shade that would be LE. Either way, pity.

Hmmm – well, it’s a pretty little quad and if you don’t have much makeup, these shades would be very useful if they suit you.
Thank you Christine for the review and your eye look is lovely, as always.

Nice but boring. Good gift for your 14 year old niece who’s getting interested in makeup.

Even for someone young and/or just starting out with colour cosmetics, there are so many better choices than this or better value for the price. I’d be more likely to choose 4 MAC pro pan shadows that could be customized for the recipient, and an empty quad. Or some of the nice Cover Shot palettes from Smashbox, etc.

I love the mix of these!! Very pretty!

I’ve got too many dupes to justify buying this, but I am glad Patrick’s line is better than decent quality. This would be a nice quad for someone who wanted to dip their toes into darker/bolder colors.

With a name like “Goalgetter” I kind of imagined a work-friendly color scheme, if this name was switched with the neutral quad with something glam in the name it would seem like a better fit. With most of the shades being permanent mac shades, I kind of expected more out of the collab than some slapped together products & names.

Beautiful eye look, Christine. But kind of strange they would release a quad with 4 singles that are permanent

Nice, but very basic quad. Add to that, I have 2 Soft Browns and a single of mber Lights. I expected something with more kapow with Patrick Starrr behind it. Meh.

I have a dupe for every single color in this quad. I really wish that brands doing collabs would do at least 90% new shades. I could see throwing in 1 or 2 permanent shades, but this quad is literally four permanent MAC shades thrown into a palette with PatrickStarr’s name stamped on it. I’m super annoyed at that because it’s clear all parties are just trying to dupe PS’ fans out of money.

MAC has dipped in popularity over the years, particular staple things like eyeshadows, on YouTube, so they could also be taking long-time favorites and re-introducing them to people who are newer to the brand as well. 🙂 Since they didn’t change the names, it doesn’t appear like they were hiding that they are permanent shades. For example, in PatrickStarrr’s video talking about his collaboration, he only mentioned creating Omigaud and said that the quads were his favorites from when he worked at MAC – so I can see that making “sense” as a collection.

I definitely think it would have been cool to have everything be created by the collaborator, though. It would also make more sense if the quad price was less than buying four shades alone as well! (4 x $6 + $8 for the quad is $32, but you at least can remove the pans yourself or switch a shade out!)

That does make a lot of sense. I do remember when Mac used to be the end all be all brand. They’ve definitely fallen off, so I could see them using this as a way to relaunch.

I saw a review on YouTube from a lady named PuffinsWife she worked at MAC for a long time and she said in her opinion the eyeshadows were more pigmented than her old ones.Did notice that with yours?

No, I didn’t find that these were better than my permanent versions. Soft Brown has always been a great eyeshadow for me, and Swiss Chocolate is good but not perfect but runs darker in the quad. I’m Into It is a newer shade, even though it is permanent.

That being said, I repurchased all of MAC’s permanent eyeshadows a couple of years ago, so that’s what I’m comparing to.

Thanks for your input,Christine!I am debating on what items from the collection to purchase and the only MAC eyeshadows I use on the regular are Dazzleshadows and the Foiled Shadows from the Faerie Whispers Collection.I’ve used their regular eyeshadows but it’s been a long time.Heroine shadow when it first launched is the last one I bought.I actually just received the Setting Powder from this collection.I ordered it from Ulta and it came today.Im excited to try it out!!

It’s nice to know that the quality is somewhat there. But I agree with everyone else. This is boring! The colors are easily dupable. Especially with all these warm palettes floating around. It really doesn’t help that the colors are all part of the permanent range too. Mac needs to be a little more creative!

Is these from the permanent shades in this palette actually 100 procent the same color as the permantent shades or are they diffrent?

Any differences would be noted in the review. 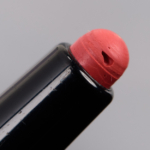 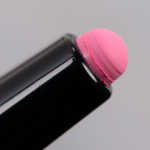 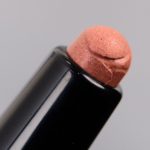 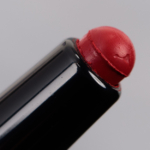 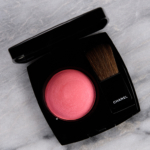 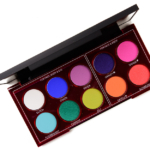