There are four MAC Eye Kohls ($15.00 for 0.048 oz.) in the upcoming Reel Sexy collection debuting on April 5th in-stores. They are: Heirloom (highly metallicized greyed lavender), Hyacinth (mid-tone blue), and Resort (deep amethyst plum), and Smolder (intense black). Smolder is not included, because it’s a permanent shade that’s been long-standing.

With the amount of eyeliner formulas out there, MAC’s Eye Kohls are not on my list of favorites.  They’re soft but not creamy, so they don’t glide on effortlessly.  Luckily, they’re not dry, so they don’t tug and drag painfully across the lash line, but I can never get a really great, opaque line of color.  Even after going back and forth one or two times, it just doesn’t look right.  It seems to fold over itself and bunch up in places, so it does look nice and even.   What is applied, though, does wear well.  I was able to wear Heirloom for eight hours without any problems–it looked a little faded after ten hours.  Some of the shades in the range are creamier than others, but these just didn’t have enough give. 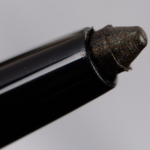 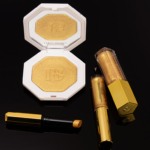 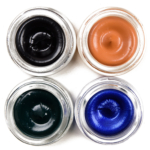 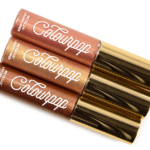 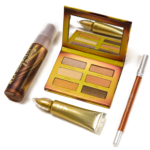 Hmmm…not really digging these. Good for my wallet!

Resort is so pretty, but I can see the “flaking” in your swatches. Too bad, because otherwise it is such a perfect color. I think I’m going to pass on these.

Meh, my list is getting smaller by the minute!

Heirloom was a shade stick in Mac me Over wasn’t it!?!?!

“fold over itself and bunch up in places” is a GREAT description of what they do. You can even see it in these swatches. You’re exactly right – I’ve never been a fan of their kohl pencils. They have their good points, but I feel like for the money, there’s better out there.

Their Powerpoint formula is much better! The non-shimmer kohls are better, though. Still not the best eyeliner formula around!

Going to pass on all three. Nothing that I don’t already have something similar to or better.

Thank you so much for reviewing another huge Mac Release. You’re the best!! 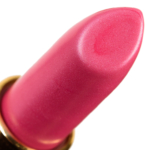 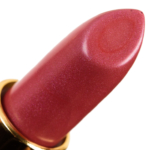 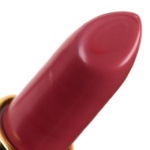 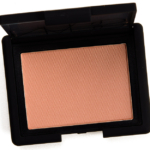 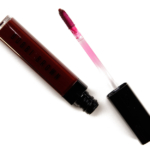 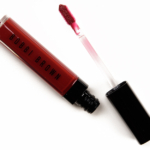