Urban Decay Rebel Vice Lipstick ($17.00 for 0.11 oz.) is a medium, rosy mauve with warm undertones and a metallic sheen. It had nearly opaque pigmentation in a single layer, which was buildable to full coverage with a second pass of the lipstick. The consistency was smooth, lightly creamy and emollient without being slippery, as the lipstick had a light tackiness that helped it to adhere well to lips and last longer. There was a smidgen of color that pulled into my deeper lip lines, though it wasn’t noticeable from a normal viewing distance. It wore well for five hours and was hydrating over time.

Urban Decay Vice Lipstick ($17.00 for 0.11 oz.) is available in six finishes, which are primarily distinguished by level of sheen, shimmer content, and coverage. I didn't notice any scent or taste. Mega Mattes are the thinnest and have the most “cling” as they are drier and more matte (but most are semi-matte and not a totally flat matte) and can be drying, though they are longer-wearing.

Comfort Mattes are creamier, a little denser, with richer color payoff on average (they are the most pigmented out of the finishes), and have a satin finish that is fairly comfortable to wear, usually lightly hydrating, and longer-wearing.

Creams are usually softer and creamier, though not too soft (they don’t mush or break from the base easily), with some being tackier and stiffer in the tube until they warm up against the lips; they have good color payoff, are hydrating, and are comfortable to wear but have more typical wear (four to six hours–six hours for deeper/richer shades like a red).

Sheers and Sheer Shimmers have a more balm-like consistency that feels a little thinner but is wetter/more emollient than Mega Mattes, so ultimately, they feel quite different applied; they have sheerer coverage, though more semi-sheer to semi-opaque than very sheer, and have the shortest wear time at two to fours with light hydration.

Metallized is the most shimmery of the finishes, though some of the other finishes have shades that are actually as shimmery (to me), but the Metallized formula has a thinner, more emollient base that isn’t as dense or as cream-like as the Creams; they feel more like the Sheers but a bit heavier and more pigmented (but seem to run semi-opaque to opaque, not always fully opaque) with average wear (four to five hours), light hydration.

Browse all of our Urban Decay Vice Lipstick swatches. 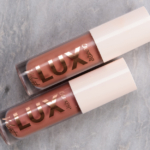 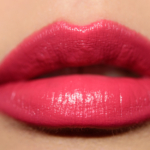 Hourglass Every Time, I Am, I Feel Confession Lipsticks Reviews & Swatches 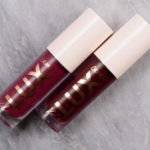 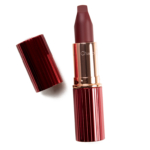 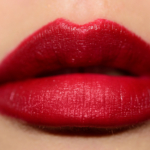 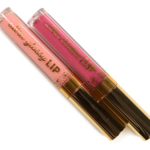 Ooh, I love it!!! If I didn’t already own a bunch of rosy mauves lipsticks and/or if I wasn’t on a lipstick no-buy, I’d snap this one up in a second! It looks awesome on you, Christine!

Is this the Sephora exclusive shade out for the holidays? It’s stunning!

Awesome, I was on the fence about ordering, but now that I see it, it really looks good. Have you by chance picked up the Too Faced Gingerbread liquid lipstick? It sucks it’s only available at Sephora, I’m pretty sure the Candy Cane one was available at Ulta too last year.

Sorry, I did not purchase that!

I love the color, the finish and the good grade!

I love it so much I’ve been debating with myself about ordering a backup after I just told myself no more backup products.

I think I’m going to put this in my cart that’s sitting there with Bite Honey Berry High Pigment Lip Pencil and that Fenty gloss that has the peach/ pink duochrome!

I am going to Sephora’s site to order this now. Love it.

Ooh this is really pretty! I thought I had a dupe for this one, but that turned out to be more red than this. Definitely going to try to pick this up!

Wow, this is actually really beautiful! I might have to pick it up.

I think I have Velvet Orchid but it’s still a beauty! 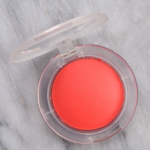 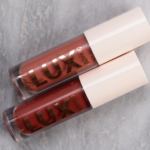 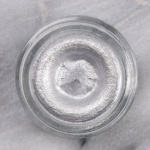 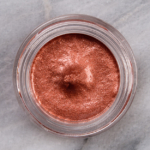 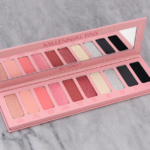 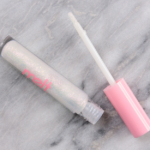