Tom Ford Beauty Possession Shade & Illuminate Lips ($60.00 for 0.12 oz.) contains a bright, medium pink and a darker, fuchsia pink. The lighter shade could have been a bit more pigmented, while both shades could have applied more evenly. The darker shade was bright enough that its shortcomings in texture weren’t as noticeable. I would recommend using a lip liner with this duo to maximize its potential, though.

Shade & Illuminate Lips is a lipstick duo that features a formula that is supposed to have “rich color” and “adherence” with a “velvet matte finish.” The duos are designed to have a lighter shade and a darker shade, and they can be worn alone, mixed, or as an ombre lip look. There was also a dual-ended applicator–a sponge on one end and a brush on the other–but the sponge really did not work well to apply the color, as it yielded sheer coverage and seemed to suck all the emollient qualities out of the formula and left behind a drier, almost powdery texture on the lips. The lip brush worked, but for me, the tiny applicator was harder to control and took me three to four times as long to apply compared to a traditional lip brush (which has a longer handle).

Possession (Left) is a bright, peony pink with warm undertones and a cream finish. It had semi-opaque pigmentation with a creamy, moderately emollient texture that had a tendency to apply unevenly and show some streaking. The consistency, while very comfortable to wear, had a lot of slip, which contributed to some of the unevenness in the application. This shade wore well for three and a half hours but was moisturizing.

Possession (Right) is a rich, medium-dark fuchsia pink with subtle, cool undertones and a cream finish. The pigmentation was great, but the texture had enough slip that it wasn’t the most flattering shade on me. The lipstick bunched up a bit and looked patchy on my upper lip and some color pulled into my lip lines on my lower lip. It was bright and rich enough that it wasn’t too noticeable from a normal viewing distance, though. This shade lasted for five hours and left a stain behind, while the formula was also hydrating. 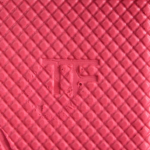 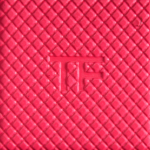 Read Review
A-
Featured Retailers
We earn commission on sales tracked from links/codes. Thanks for your support!
Sephora
Nordstrom
Beautylish
Saks
Makeup Look

Don’t like the colors on me, and not impressed with the formula –looks streaky and clumpy. There are so much better and cheaper options out there

So much money saved!

Ooooh this is a rrrrreally pretty duo!

I may not be a big “pinky” person, but these are the sorts of pink shades that I do wear. Which means that, yup, got some dupes of these. Good thing, too, as this duo might have tempted me just a little bit otherwise. This is a very pretty duo going into spring! ?

Thank goodness for dupes, especially at this price!

Christine these both look so pretty on you especially the first shade. I think this is the first one that you reviewed that I actually like but I still would not purchase.

Those are colours for me. Why is it so expensive ? ????
I also like the look and the packaging. I would have problems to use it and “destroy” it.

LOL! The edges do get messy!

my jaw dropped at the photo of you wearing the right side Christine!! Oh my goodness so beautiful.

Again, I only like the right side of this. So I could never justify it. But I do have what I think is a close enough dupe in my “bright lipstick” bin in my drawer!!

The colors in this are so pretty and for me, very eye-catching. Probably a bit too bright but they look pretty on you!

I thought this was pretty in the promos but at that price point, ouch! It reminds me of a duo eye shadow pan so much, I’m afraid I would gouge the surface on the first use (and pick up too much product) . From there, it would be used up in no time at all.
When it comes to Tom Ford, (Except for the Pink glow palette, cream/powder duo shadow and patent finish glosses), I have been either very disappointed in product, prices, or both.
I wasn’t too crazy about Katy Perry’s TF Grammy outfit either!

The pattern made me think of eyeshadows, too! I was surprised that these were actually quite creamy after all.

Well, for the first time EVER… I sort of want to buy a lip palette…

I like this duo, but the formula is futzy and too pricey.

I was surprised that in terms of amount/price, it’s on par with the lipsticks, but I always feel like you waste more product due to having to use a lip brush!