Tom Ford I’ll Teach You (05) Lip Contour Duo ($53.00 for 0.08 oz.) contains a slim lip color with a twist-up “Lip Shaper,” where the lip color hides in the base of the component. It’s one of the brighter, deeper duos in the range, and it features a raspberry pink lipstick and a lighter, much cooler pink lip liner.

According to the brand, the Lip Shaper is designed for enhancing and defining the lips, and it can be used to shape or “create an ombre effect” to the lips, while the lip color is supposed to be full coverage. Sadly, I really like the lip color formula in the duo; it’s very creamy, hydrating, and comfortable to wear with four to six-hour wear time, but the Lip Shaper formulation left a lot to be desired. I struggled with using the Lip Shapers as they often broke on me, as they were quite brittle, and the majority were very dry, so they tugged and dragged on the lips. They also had bits of sparkle, which did not work well for defining the edge of the lips nor did it work out for filling in the lips.

I’ll Teach You (Lip Color) is a bright, medium-dark raspberry pink with very subtle cool undertones paired with a creamy, lightly glossy finish. It had intense pigmentation that covered the lips evenly, but the texture was rather emollient, so there was some color that sat in lip lines after awhile. It was, though, rather comfortable and hydrating to wear over the five hours it lasted. This shade left behind a subtle stain.

I’ll Teach You (Lip Shaper) is a medium pink with cool, blue undertones and flecks of gold sparkle over a matte finish. This shade of the Lip Shaper was one of the easier shades to manage on the lips from all of the duos, as it wasn’t as dry, but I found that by the third attempt to use it, the pencil felt substantially drier than it did the first two times I used it. I definitely did not leave a cap off at any point (no longer than it took to use it), so I’m not sure why it dried out so quickly. It had mostly opaque coverage that applied to lips with some dragging and pulling. The color lasted for over six hours but was drying. 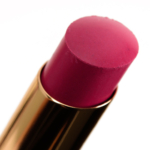 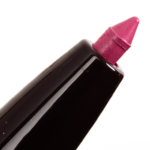 It’s such an odd way to miss, IMO… like maybe the lipstick is a bit streaky or too fast to wear down, but the liner being so dry that it’s impossible to use? So weird.

It’s actually painful seeing that every single one of these duos is an epic fail. If I ever did decide to go that HE in a lipstick, it sure as heck would never be something like these where half of the product doesn’t work and has crappy quality!
Even sadder; that lip color is gorgeous on you, but I’d have to go for a dupe because these are awful.

If it’s any consolation, the Lip Shapers were painful to test, LOL.

They actually looked it, too. Your poor lips! ?

SIGHS. I ADORE the colour of the actual lipstick, but that lip liner OUCHIE.

Looks like I’m going to go snooping for dupes!!

Right? Such a shame!

Precisely! I absolutely love the lipstick.

It’s a pretty raspberry color, a shame about the lip liner. I think the lip liner is very dry to begin with, and dries out way too fast –I couldn’t get any pigment out of the store tester, was drier than a rock 🙁

I feel like there has to be a packaging malfunction somewhere, because it is crazy that they’re intentionally this dry.

At this price point for a lipstick and lip pencil one expects perfection not a ok.ish thing. No for me..colors were lovely tough…

I hear ya, Toti – they both should be amazing for this price point!

Glad I passed on these. I like that TF is somewhat innovative in his product design. But at those price points, beauty consumers like us need to be picky!

I agree! I mean, I get that lip liners are not lipsticks, but goodness gracious, some of these were beyond dry!

Pretty colors! It’s really a shame that these pencils are such epic fails!