Anastasia Pool Party Blush Trio ($30.00 for 0.33 oz.) includes three coordinated blushes in medium-sized compact. The blush formula is supposed to be “finely-milled” and “full-pigmented” for “buildable intensity with a seamless finish.” Based on my interpretation, it seemed to say that it was buildable up to full coverage. This trio was a mixed bag of decent to good with variability in pigmentation (two were buildable, one was pretty pigmented), one was harder to blend out, and one that applied beautifully.

Blank is a muted, medium-dark mauve with warm, brown undertones and a matte finish. It had good color payoff that was buildadble from semi-opaque to opaque in two and a half layers. The consistency was smooth, firmer in the pan, and took a slightly heavier hand to get product to come off of the pan’s surface. It blended out fairly well and lasted for eight and a half hours on me.

Pageant is a bright, light-medium cotton candy pink with cool, blue undertones and gold sparkle. The pigmentation was mostly opaque, rather than buildable. It had a more natural matte finish on the skin with bits of stray, gold sparkles that didn’t bind with the base product and sat very much atop the skin. I think it would have been better without the sparkles as they migrate and move during the day and hardly show up to begin with. The texture was soft, not too firmly pressed in the pan compared to the other shades, and was blendable on the skin. It stayed true-to-pan on my skin for eight and a half hours.

Kash is a soft, medium pink-coral with warm undertones and semi-matte finish. I felt like this appeared more matte in the pan but once on my skin, it seemed to absorb the natural oils on my skin and have more of a natural matte look. It had buildable color payoff from medium to opaque, and it was easy to blend out on my cheeks. This shade wore well for eight hours on me before fading. 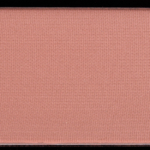 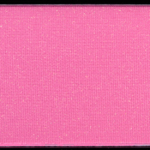 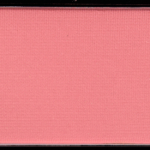 These are cute, but I am not itching to buy. I like blush palettes and trios, but prefer more consistent performances across shades.

I thought these would be better than they are myself!

I do like how this one has a more “everyday” type of selection in it. It’s not bad at all! Especially love how it has dupes of the OG Nyx Taupe blush, plus one for Mauve. Getting those OG Nyx blushes isn’t so easy anymore.

Yeah, I think the NYX blushes have mostly been replaced with the new(er) HD ones!

The old square ones? They were the pinnacle of good cheap fun. The Taupe in this swatch idt is that one. The square one was grayed and the round(?) one was browner. Got 3 on closeout for like $2. The problem was the names! Dusty Rose, iirc, was really mauve and Mauve was pink coral. Not only is that taupe good as contour for cooler tones, but you can cool down other blushes with it. Best six I ever spent on makeup. Just succumbed to rosee du soir. Mistake to start another brand. Kind of like potato chips. If I had seen it in this post, rather than elsewhere, prob would have checked cinematic first. That swatch is more me. This stuff makes us ‘gotta catch ’em all! I can wait to see all these in person. Blank is my favorite, but I agree that these aren’t faring as well as expected.

Wow, this one would be perfect for travel -3 colors that cover

I have it and really like it! I haven’t used the peachy color yet but bank is a shade darker than my skin and so nice for contouring or bronzing. I hadn’t noticed the tiny bit of sparkle moving but I wear highlight with it.
I love shimmery blushes but with eye shimmer and highlight it’s a bit much. Sometimes less is more.?

I like the look of this set, but the gold particles in Pageant seems like a not so good afterthought. I like it when palettes for the face have the same feel when it comes to how pressed and milled the products are.
I really like Blanc a lot, not sure why though, but it sort of whispers to me, -Use me, use me 🙂

I don’t understand colours like Pageant that have random bits of sparkle in them, even for eyeshadows. There just isn’t enough of the glitter to do much of anything except look accidental, especially when applied to the face.

I don’t either, Isa – it doesn’t stick and so it doesn’t add anything at the end of the day but a little annoyance?

Kash is quite lovely!

I’m so bummed that none of the trios seem to be hitting it out of the park for you, Erin!