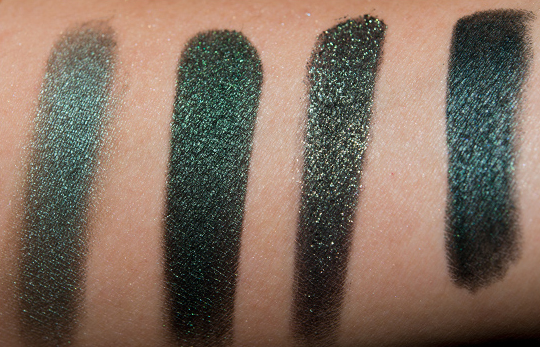 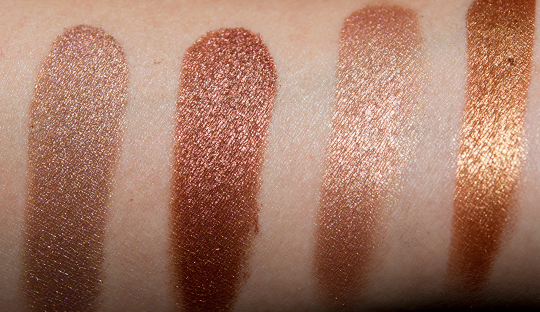 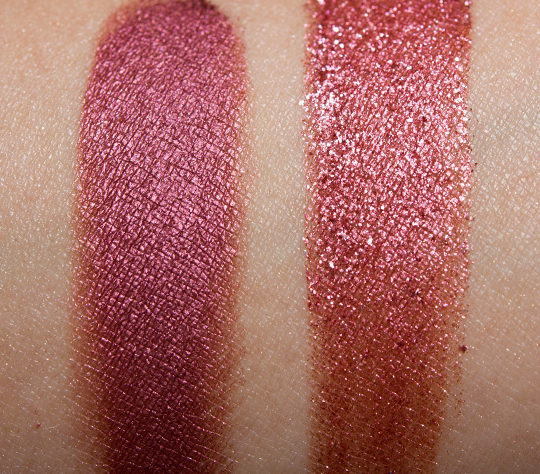 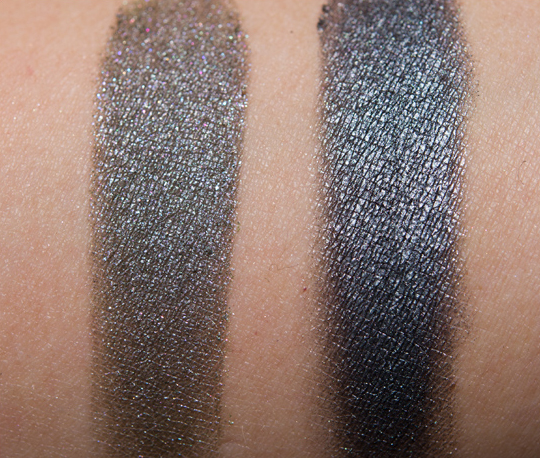 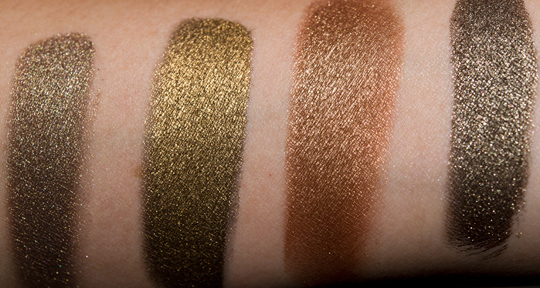 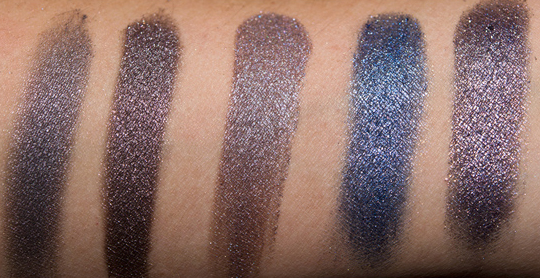 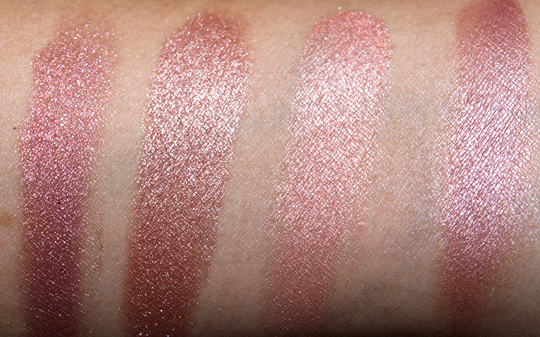 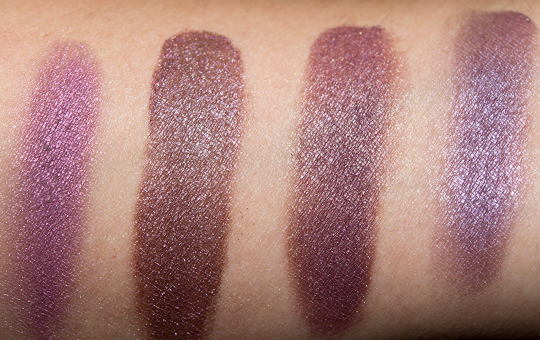 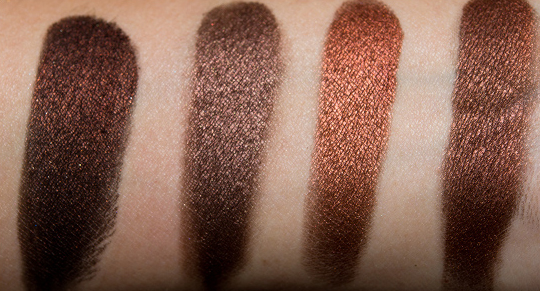 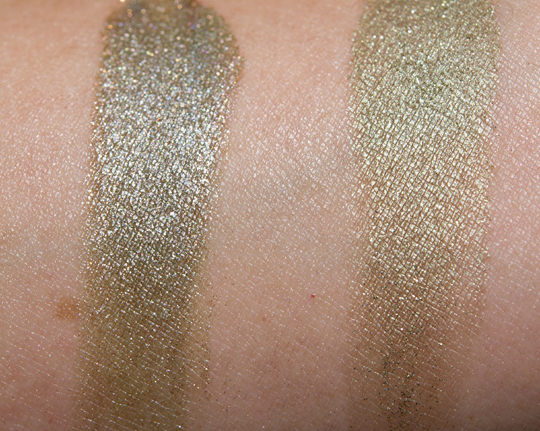 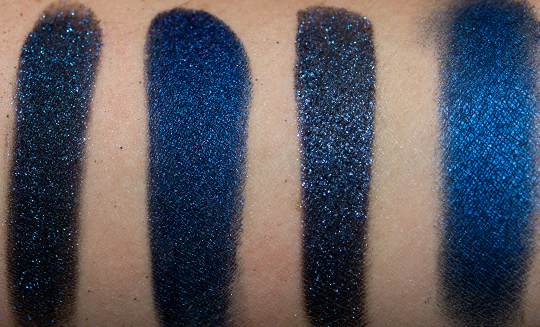 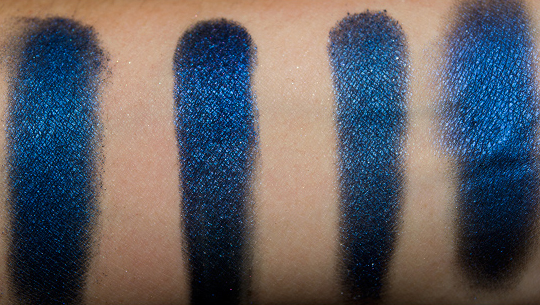 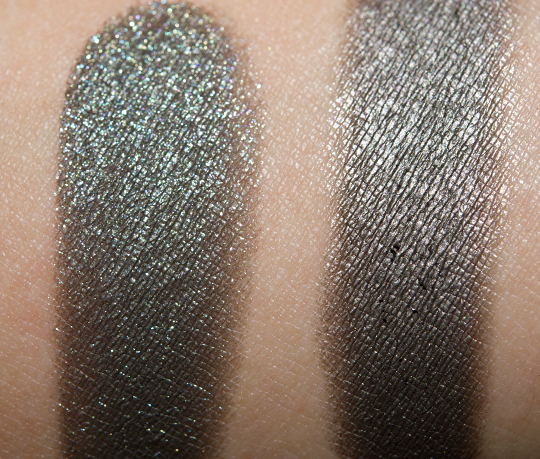 Quartz Fusion looks like it’d be closer to Coppering or De-vil (they put a hyphen in it, right? Why…).
I I had the money to I’d just buy them to look at them; especially when compared to other shades, none of them really stand out to me.

I would say that both Coppering and De-vil are going to be too orange, because Quartz Fusion is mostly pink with no copper in it at all.

The hyphen is there because it came from Cruella De-Vil’s sub group in the Venomous Villains collection..

Thanks so much for the comparisons!
These help so much!

I feel silly to ask, but…
How does MAC Smoked Ruby compare to Giorgio Armani Eyes to Kill Intense #2 Lust Red?
Smoked Ruby looks really red in the pot.

OMG these are some great comparizations! Have you been up all night doing this?! I love your site and I love your reviews, swatches and pictures. I base a lot of my purchases solely on your reviews and pictures. I don’t know what time it is in US right now, but I know it is your National Day and I hope you have an awesome day today! (And that you get some well deserved rest and sleep ;)).

Yes, sorry it took so long! No time to rest – have to get a lot of things done today!

thanks so much for this!

Ore is more of a khaki gold and not as blackened.

really helpful post! thanks. you must have 48hours in a day!

How close is DARK INDULGENCE with Nars Night Porter? I read somewhere that they are pretty similiar .. Thank you

I don’t have Night Porter, sorry!

night porter looks more black to my eye. i love the look of dark indulgence, but personally i dont think i need both 🙂

Thanks for the reviews/swatches! I’ve been looking at your mobile site these days because we don’t have internet at home anymore! Some sites totally crash out on my phone, so it’s awesome to not have to be out of the loop…!

Hi christine..do you think mineral mode is a dupe for prance? I couldn’t find it in the swatch gallery…I think I am searching incorrectly in the gallery sorry

If these were how the mineralize eye shadows looked swatched dry from the pan, I might be tempted by some of the colors. But after reading your review and seeing the wet vs. dry swatches, I can’t bring myself to want to purchase any of them!

I really wish MAC would re-launch some of the Mega Metal eye shadows. I only bought a few shades, but if they ever come back, I’ll probably buy them all!

Mac is relaunching the Megal metal eye shadows. They are called the prolong wear, I think.

Where did you hear that they’re the same? I haven’t heard that but there are no repromotes from the original set, so it seems odd!

Christine, did you compare Golden Gaze to Nars Etrusque?

just wanted to let you know that you’re SUPER Christine!!! Thanks for all that you do

Christine – Are they glittery or just shimmery? It’s hard to tell and I can’t do glitter shadows. 😉

Most of them are shimmery, some are glittery – you can read the full reviews for information on each shade 🙂

Oh goodness, I can’t look at this, there are too many pretty colors. >.< I want them all.

Thanks so much for doing this for those who are interested Christine!

SEMI PRECIOUS IS UP ONLINE

Christine,
Do you think faux gold would be too red of a color on my skintone? I have amberlights and it is that way. I’m an NC20. thanks

This is extremely helpful! =)

The blue shadow ( Blue Sheen ) is a cute blue. But I already have Milani’s baked Eyeshadow called “Blue My Mind” 6$ and to me it looks just as dark and pretty so I will pass on the Blue Sheen. I also like the MAC Golden Gaze and MAC Dark Indulgence. I really don’t feel like spending 40 dollars on just two eyeshadows. I am gonna have to see if I can find a dup that I might have for the MAC Golden Gaze.

Thanks Christine!
Just one question.. is that really Sexpectations and not Spectacle of yourself? On me Sexpectations looks more like Cranberry.

Darn! This only makes me want to buy inglot even more! I’ve been trying to go to the Amsterdam shop for months, but somethings always messing up my plans 🙁

Oh man… I already have Blue Flame (from Style Black) but now I’m really tempted to get Blue Sheen. It’s just so blue without all the glitter… but really, I rarely use Blue Flame as it is… do I really need another dark blue shadow >_<'

Loving Golden Gaze…but it looks a lot like the color I get when I mix the 2 sides of my Illusionary/Burning Ambition duo. Do you have that to compare?

dark indulgence reminds me of my MAC antique green pigment so pass. i just bought wet&wild trio in i got good jeans so i finally have a navy blue after trying to not be convinced i need blue sheen since it’s so gorgeous! i just need to pass on that. resist resist! i just tried to put a black base (mac blacktrack) and over top used the gold-y colour from the wet&wild trio and got pretty much the same results! but i’m still tempted to buy it and i might tmr, so i guess i’ll return it if i don’t like it!

Hey Christine,
Another nice dupe for Smoked Ruby is Bat Black CCB with Twinks is pretty darn close. I also tried Bat Black with 100 Strokes. Just a thought. I’m trying to maximize the collection I already have at this point! Unfortunately, I missed your Jealousy Wakes! So happy for you in that regard!

I was rather letdown by the eyeshadows in this collection…I swatched Jade’s Fortune at 3 different MAC locations and got 3 different shades…one of them was a lime green while the other 2 were variations of greeish grey…a lot of inconsistency. Quartz Fusion is such a disappointment; very glittery with a lot of fall out and poor colour pay-off as you have noted. 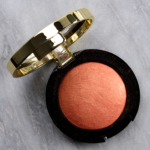 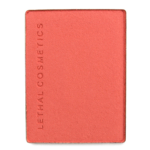 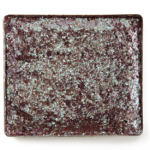 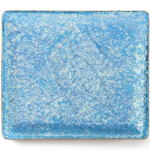 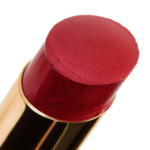 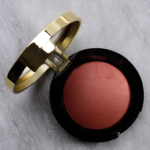