It’s a new, limited edition pressed blush from the brand that’s supposed to work as a “blush and a highlighter.” The formula is supposed to “lightly sculpt and illuminate” the complexion, which I suspect is code for not-the-most-pigmented-blush-ever. It comes in a soft pink compact, which seemed a little lighter and “cheaper” to me than their usual compacts (but it seemed sturdy and functional), and the powder has the brand’s signature violet scent. It had sheer, buildable coverage (up to medium) that was incredibly blendable, as the consistency was soft, finely-milled, and smooth to the touch.

Between the coverage level and the lightness of the color itself, it is going to be more suitable for lighter complexions and someone who doesn’t want a lot of shine from their highlighter but doesn’t mind visible sparkle. I’m light-medium in skin tone, and I get only a hint of pink on my skin. It lasted for seven and a half hours on me. 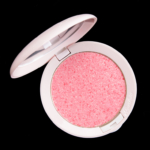 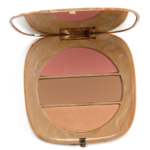 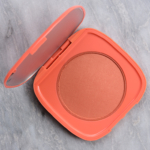 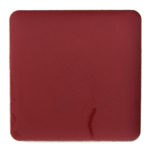 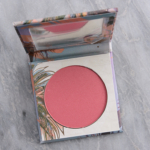 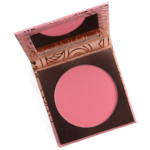 Just got this in the mail and wow, does the packaging seem cheap for Guerlain. Usually they have heavier, weightier packaging that seems luxe. This is very lightweight to the point of feeling cheap. I am typically a Guerlain lover so FYI for those considering purchasing. I haven’t had a chance to try the product inside. The blush pan was detached from the compact so I’m deciding if I’m going to return it or try to reglue it.

It does, right? Like it seemed sturdy enough but still lighter and just… cheaper than past compacts by Guerlain.

Yes definitely. I tried the product and I think it’s lovely — very subtle. I’m about a MAC NW20 and it just lightly shows up on me. I have a fabulous SA at Bergdorf who is going to do an exchange for me — fortunately she still has a few in stock. It’s a keeper for me but it won’t be for everyone.

Mine came detached too! Somehow it reattached without glue which was a surprise. Otherwise I am impressed with the blush itself so far..

It’s quite a dupeable colour for the price! I would have gladly paid that kind of money if it was a little bit more of a unique shade! I quite like the Guerlain blush formula though – that kind of makes up for the colour!

It is definitely dupable!

Well, this one looks like it’s impossible to over do!

That is definitely true!

i really wanted to get this. I had it saved in my cart at saks (I think). When i went back to get it, it was sold out. After seeing your review, I really think this would work well for me. Going to try to hunt it down. Thanks!

Sephora has it 🙂 I was going to review it earlier but it sold out so fast – saw Sephora had it up yesterday!

I think the glitter is chunky enough I can skip it.

OMG I was so disappointed when this sold out. I’m so glad I didn’t buy it on time! It does swatch rather pretty!

It is a nice color, but I think there are a lot of other blushes out there like it (that are better, IMO)!

“which I suspect is code for not-the-most-pigmented-blush-ever”
Lol Christine you tell it like it is, love it.

I wasn’t crazy for this collection however disappointed in the packaging and the light blush shade. Passing on this one.

Christine, perhaps I missed the launch buy has Guerlain released it’s Rouge G Chinese New Year lipstick with the peonies on the casing?

I saw it on one retailer, and it sold out immediately – it is just a repromote of Genna, nothing special at all.

It’s definitely on the sheer side so I can see how it would be problematic not showing up for a lot of people. I’m on the paler side (a tad lighter than N15) and this was a love at first sight product for me. It’s just the most perfect rosy glow, not too cool, not too warm, just ethereal looking. I’m not even a pink blush fan usually (I often find pink looks sort of fake on me, unless it’s muted down a lot to a nudier shade). I also despise shimmer. I don’t think the shimmer here is egregious – imo, it’s positively matte compared to the MAC shreertone finish blushes! Definitely has a bit of sparkle but it’s done in a very restrained manner, not at all over the top. I do think it’s worth checking it out if you have a Guerlain counter sufficiently near you.

I don’t know. Even if it wow’ed on performance/etc, the color feels too sweet.

It makes me wonder about how culture impacts aesthetic trends. If recent /things/ had swung another direction, I’d feel okay with sweet pink. But they didn’t, so I feel too angry and complicated for this color.

It’s really pretty, but for $54 I would expect a nice, sturdy compact.

Way too sheer and pale for my NC37 (winter) skintone. YIKES.
But, on a sidenote, I gotta tell you how much I love the eye look you did using the CP pressed eyeshadows! Beautiful!

So glad I waited for your review before using mine. While I’m pale, I’m also too old for sparkle. You were right that these sold out so quickly, glad they’re restocked as it is very pretty. Mine was also detached and was thinking of re-gluing. Weird.

The packaging (and blush) are pretty to look at, but the quality of the plastic leaves a lot to be desired. It is so thin. And my blush was detached from the compact as well. I couldn’t believe it didn’t arrive broken.

Meh, I ordered the powder, which is nice, not fabulous nor just meh for a 30th anniversary product, and just ordered this blush. I think the blush will be going back, it’s just too bland for what I paid in CND.

I saw this at the Guerlain boutique at Epcot and had to have it. They were out of stock, but the lady insisted on trying it on me anyways. It’s actually quite bright on me, but as it is light it’s not overwhelming. I find that while there is sparkle, when I put my powder over top it really tones it down. I also have cool toned skin, yet it still works. I feel rather lucky to have come across it.

I was upset that it arrived with the pan loose in the compact and had to be glued down. But I am still very happy with it. 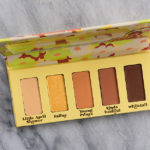 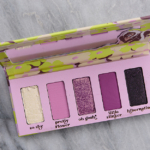 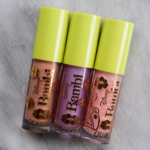 Life in the Woods 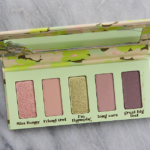 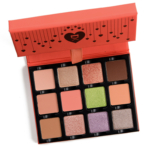