J. Cat Beauty Pink Goddess You Glow Girl Baked Highlighter ($9.00 for 0.30 oz.) is a medium, rosy copper with warm, brown undertones and flecks of larger gold sparkle over a more frosted sheen. The looser sparkle did not translate too noticeably on the skin, and after buffing and blending, it had a luminous sheen that was shy of being metallic (which also meant it did not emphasize my skin’s natural texture!).

The formula is described as a “multi-dimensional baked formula” that has “all day long” wear with an “intense shimmer pigment.” I liked it more once I got a chance to apply it to cheeks, as the texture was drier and felt almost rough from the sparkles/looser feel of the powder on the skin. I had no trouble blending out and diffusing the edges of the powder highlighter on my cheeks, and it had a beautiful finish after it was applied. It had medium, buildable pigmentation that stayed on well for six and a half hours. 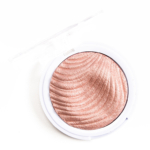 This is lovely! It’s not quite as sparkly when blended out on the face, but I rather like it!

A lot of the larger sparkles just seem to get lost!

I like how this is a much cheaper dupe for some pricey highlighters!

Looks really great on, but that arm swatch has me thinking glitter fallout. Glad that I’ve got CP Might Be instead! Which I use pretty often and always love how it looks. ?

I don’t know where the loose sparkle/glitter goes (same is true with those matte eyeshadows with sparkle on top), but it did not seem to translate much on the face!

I am surprised that most of the dupes listed are described as “more shimmery”. The J Cat appears to have a lot more glitter than any of the others. Maybe I’m getting my shimmer description confused with a glitter description?

“Shimmery” could be a mix of shimmer and glitter etc. – so this having some particles of glitter that don’t translate to the face makes it less shimmery than a lot of other shades in the same color family as they look more metallic on the face.

Lovely shade, but way too glittery/shimmery for me.

I’ve seen some of the swatches of the other shades and they look really nice! I’m planning on picking up Crystal Sand soon! 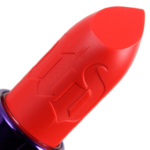 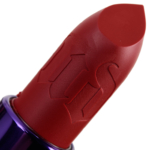 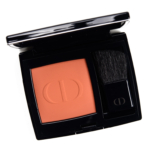 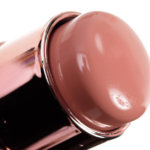 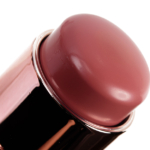 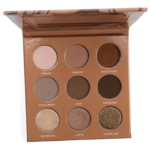