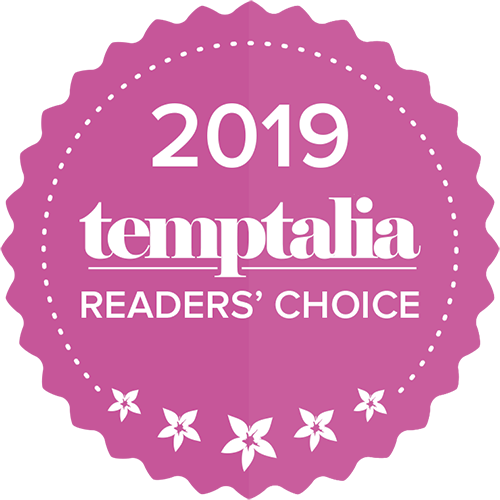 VIEW THE WINNERS
We hope you'll consider supporting Temptalia by shopping through our links below. Thanks!
SephoraSephoraBeautylishUltaNordstrom More 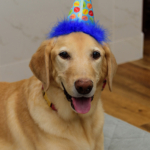 Goodbye, Magellan. Forever in our hearts.

Interesting. I usually find that I’m off the mark with almost all my choices but it seems that this year, most of my favourites are at least in the top three. I think this is because there are certain companies that are really excelling with certain products that excite a wide range of people.

I was personally surprised to see how well Charlotte Tilbury’s Hollywood Flawless Filter did for “best new product” – it’s just not the type of product I’d expect to resonate across so many people, enough to be 2nd.

Wow! The Primer Potion and 24/7 glide-on eye pencil win again and again… but they deserve it, such great products! Hope that Urban Decay doesn’t decide to play a funeral on these as well.

I’m always surprised that UDPP doesn’t lose. I just feel like I never hear anyone talk about it, and I rarely see YTers use it, so during the year, it seems so forgotten!

I wish the “oldies but goodies” got more discussion. Too much of beauty-related social media focuses on the new and shiny (for predictable reasons). Nice to see the classics get recognized here at least!

I agree, no one talks about it anymore, but I voted for it too! I feel like it’s a tried and true product, it works and it made it’s way into people’s staples. For me at least, eye primer is not exactly a “sexy” product, so I’m not always on the look for something new like a blush or eyeshadow palette, and once I tried this and it ticked all the marks, it just stayed permanently in my collection because it doesn’t make sense to me to try another product and risk wasting money.

Youtubers basically make more money by reviewing and using new products. It’s not just because companies send them PR, it’s also that what viewers demand. Everybody want to see the new palette, the new primer, the new foundation. They test so much they rarely have time to have `old work horses`.

Personally, I’m starting taking Youtube reviews with even more caution, and that’s why I like more discussions and readers awards (like the ones here on temptalia.com).
Even with youtubers that are quite honest (i’m not talking about the shady bunch) 2018 has showed me that reviews can be easily skewed by subjectivity without being necessary untrue. There were brands/products you aren’t allowed to dislike (e.g. Fenty) and brands you weren’t allowed to like (e.g. Tarte, Morphe). It’s just an example, but if I look at foundations reviews, because of the whole shade range issue, some people didn’t get a fair chance to the ones for Tarte, Morphe, BeautyBlender; but almost everybody went way and beyond to make the Fenty foundation and concealer work. Even within the same brand, people weren’t allowed to like the `Subculture` , but try to say something bad about `Modern Renaissance`… Again, just an example, but it made me realize how people don’t just like a product for itself, they put too much brand subjectivity in the review and they react to what the public wants to see; and after some people being called racist for just not liking a product from a brand (or liking a product from another), I realized that the viewers are also somewhat at fault.

So brands only allow positive reviews on websites (or highly curate them), Youtube reviewers / bloggers are too influenced by companies and viewers… the `Readers Choice Awards` at this point seems a better way for me to hear about great products; it’s a small community, but I see so much enthusiasm in make-up (old or new) that I see on Youtube.

Thank you so much for the time and effort putting all of this together.
In the list I have a few of the nominated products – the Amuse Bouche lipsticks by Bite, ColourPop and Sultry palette. It’s really interesting to read about what has been decided upon the best products in each category. What is really noticeable is the variety of brands in all categories and at different price points.

Always interesting to see what people here are enjoying and maybe pick up a suggestion or two.

I think the biggest discrepancy between me and the winners is the love affair for Pat McGrath products. I think a lot of them are pretty, but I’ve never really paid much attention to them — just too colorful and too expensive for my use lol

Also surprised to see Nars get dethroned for blushes. I like the Ambient Blush formula, but I’ve always felt like their shade range is kind of puny lol

I agree — Hourglass should extend the range a LOT! Maybe even an “Intense Ambient Light Blush” or something.

Yay, more than my usual number of favs hit the bullseye. I have to say though…palette of the year, Urban Decay? When it comes to UD eyeshadow and lipstick, I just don’t get it.

I thought Pat McGrath was going to get Palette of the Year, so that surprised me. Though to be fair, Born to Run is an exceptional palette. If only all of UD’s palettes the last couple years had been so good.

To be fair, I haven’t tried the Born to Run ? so I shouldn’t be so harsh in my comments. I truly thought PMG would win or even ABH so it rather took me by surprise too!

Eh, UD hasn’t been running hot and cold with eyeshadows the last year or so, so I totally understand.

I admit, I’m amused by NARS RCC and Stila SAD returning as winners of the concealer and liquid eyeliner categories, given the previous year’s winners’ tumultuous 2018.
I’m totally surprised that Lancôme’s Monsieur Big won, though! I expected newcomers Milk’s Kush or Hourglass’s Caution, especially because Mr. Big didn’t even win last year, when it was launched in 2017.

Shocked that Urban Decay eyeshot primer and Real Techniques brushes remain favorites. And after reading your choices Christine and ours, I think I’m going to have to try Charlotte Tilbury’s Flawless Filter, Laura Mercier’s loose powder, and Pat McGrath’s last Mothership series in Subliminal (again). I’ve almost purchase Urban DEcay’s Born to Run palette a number of times, even on sale, but I have soooo many dupes for it that I just can’t bring myself to go there. And since my no-buy has become a low-buy year (and I’m holding out to a degree), I’ll just keep it that way as long as I can. 😉 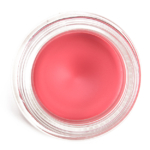 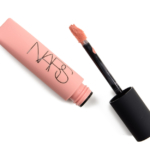 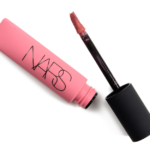 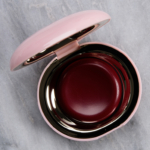 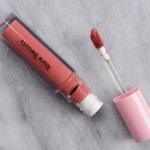 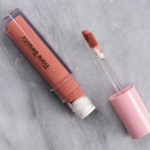