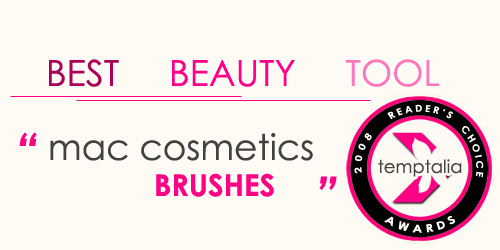 MAC Brushes take the prize this year with 26% of total votes going towards the “MAC Brushes” selection. Coming in second was MAC’s 187 Brush on its lonesome with 16% of votes. Shu Uemura’s Eyelash Curler received a respectable 15% of votes, placing third overall. 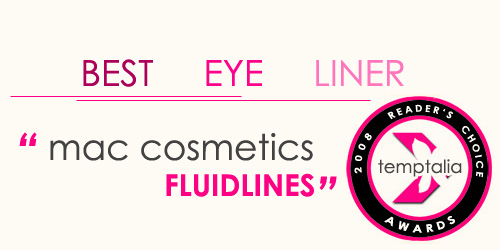 MAC Fluidline comes in as the top eyeliner of the year, receiving 32% of votes. Urban Decay’s 24/7 Eye Liners came in second place, but they trailed first significantly, having only received 24% of votes. MAC’s Pearlglide Liners squeaked into third place with 9% of votes. 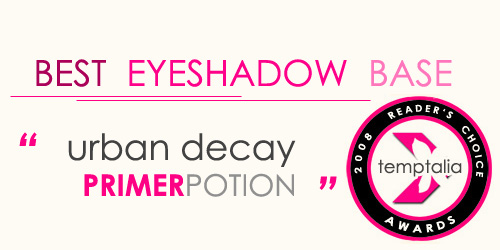 Urban Decay Primer Potion continues to reign surprise with a whopping 43% of votes cast in this category. MAC gets some love with their Paint Pots coming in second with 30% of votes. Surprisingly, despite being lauded as UDPP but better, Too Faced Shadow Insurance lands itself in third place with 14% of the votes. 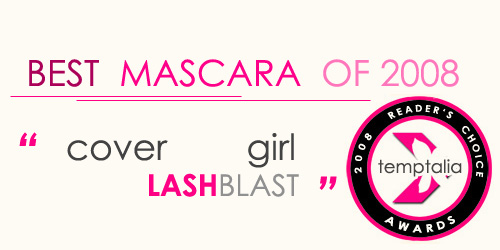 CoverGirl Lash Blast sweeps Dior off its feet and places first with 18% of votes. DiorShow still holds strong in second place with 15% of votes. MAC Plushlash manages third place, despite many beauty addicts swearing off MAC mascaras, with 12% of votes. 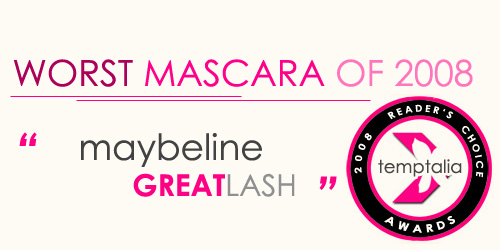 Maybelline Great Lash is no great surprise, as it is often said to be an overhyped product. 34% of you seemed to think it was the worst mascara of the year. CoverGirl Lash Blast, despite working for many of you, didn’t work well enough for 12% of you, which put it in second place. MAC Zoomlash is not so favored either, coming in third, with 10% of votes. 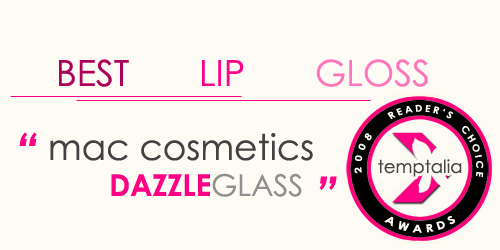 MAC Dazzleglass takes another category! Winning with 28% of votes cast, Dazzleglass is showing itself as a formula worth making permanent, wouldn’t you say so? MAC Lipglass comes in second place with 22% of votes, while MAC Lustreglass takes third with 12%. Looks like MAC is your go-to for glosses!

All of these were the ones i voted for! awesome!

havent tried mac brushes since I can’t shell out 40+ for a brush YET. And the covergirl lashblast? I liked its renovative design, and its formula is great that is UNTIL I found my Rimmel Glam eyes mascara! I also bought maybelline colossal mascara, but the formula is too goopy! I think lash blast is for people who likes long defined lashes, but volume is less. This poll won’t stop me from trying maybelline great lash in the future though.

to me, polls are always helpful, but not exactly useful.

I liked NARS Lipgloss, I know MAC is a cult fave, but I do believe there are better products out there other than MAC.

I’m always surprised that more people don’t like MAC mascaras. I’m glad that I do, because I go through them pretty fast & can trade them in for lipstick :). Zoomlash works really well for me.

I’m always really surprised when MAC wins awards for anything other than their brushes. I do agree that they have a superb colour selection, and sometimes come out with very innovative products, but really, I always find them lacking in terms of quality. Their lipglosses are unnecessarily tacky, their lipsticks are drying, their eyeshadows come in gorgeous colours but don’t last as long as other brands etc. I think Chanel, Shu Uemura, Vasanti, Christian Dior and Bobbi Brown all produce better quality products. That said, I still buy MAC because they just have some really amazing products, mostly in terms of colour, ie Style Minx, Parrot, Blue Brown.

I’ve never had any issue with MAC eyeshadows not lasting all day! I find mine last as long as I need them do. I’ve cried through MAC makeup and had it look pristine still!

Hi, Christine! (Wow, I feel like such a fan)

I’m not exactly sure why MAC eyeshadows don’t last on me. I’ve tried absolutely everything they advised: Prep + Prime, Cream Colour Base, Paint, Paint Pots etc. I just don’t know what it is! I’d really love for MAC shadows to work on me because they just have the absolute best colour selection, and finding shades that go with my South Indian skin can be hard 🙁 I don’t admire the colours from Shu Uemura or Bobbi Brown quite as much, but they last on my skin.

If you have any suggestions about fading with MAC shadows, please do tell. Thanks!!

How bizarre! Have you tried using a non-MAC base? Personally, I tend to gravitate towards MAC pigments used with mixing medium as a base, otherwise I use Soft Ochre paint pot. UDPP or Too Faced Shadow Insurance may be worth a shot, though!

I’m thinking of getting a non-MAC primer to see if I can get some wear out of my MAC shadows. I find that in Malaysia (which is where I’m from), quite a number of people have issues with MAC eyeshadows fading. Maybe it’s the heat. Do you think I could qualify for a green card for MAC-related reasons? 🙂

It could be that! It is really odd that you’ve had such bad luck 🙁

I’m in Singapore where the weather’s just as hot as in Malaysia and I agree with Christine – I’ve sobbed, cried and snivelled through my MAC eyeshadows and mascara and the only thing that fades/runs is my NON-MAC liquid eyeliner. I use prep+prime eye and paintpots and all my shadows and pigments last the whole day (usually about 10 hours) and i don’t carry anything to touch up. Could it be a case of applying too many products so everything just slishes and slides around? i found that out the hard way with the morning routine of serum, moisturiser, sunblock, primer, foundation which just made my base makeup and blush look a hot mess.

CoverGirl test on animals, so that makes ALL of their products the worst of the millenium in my books! Beauty doesn’t have to be cruel! As beauty addicts we should be boycotting these cruel brands and sending a message!

MAC, Nars and Too Faced have my vote.

i hope you don’t eat meat then! or that would be hypocritical!

Question about MAC Brushes…. I have the 109 that came out around the time that Petticoat and Soft and Gentle MSF’s came out a few months ago and I really like this brush but I’m starting to fall for the new 165 that just came out with Brunette, Blonde and Redhead collection. Does anyone have both and if so, can you tell me if they are different enough for me to invest in the 165? Thanks in advance!

I think Paint Pots thump UDPP. Tried both, and I like MAC more, plus it has more color bases. 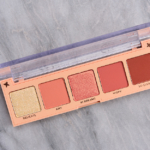 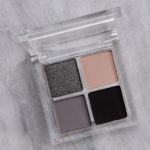 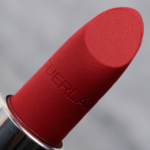 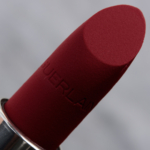 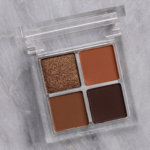 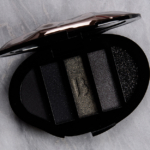