The first time I wrote about Olivella, I had tried their Moisturizer Oil. This time I want to tell you about their Cleansing Tissues ($7.50/pack of 30), which are make-up removing towelettes. I know a few of you using the Oil Cleansing Method, so this might be an option for those who need a quick and easy method from time to time. I always advocate getting a package of makeup removing wipes to anyone who has lazy days–days where you don’t want to spend the time to properly remove your makeup. Wipes make it easy, and they make it ridiculously quick. You can do it while you’re promptly passing out on your bed at 1AM. Not only that, but they’re portable, so you can take them with you whenever you’re heading to your girlfriend’s place for the night.

Olivella’s Cleansing Tissues feel remarkably gentle on skin. A lot of times I want to use a wipe, because I get lazy, but then I don’t like how some of them feel on my skin. This is not the case with Olivella. They feel soft while you use them, and they leave your skin feeling refreshed and clean. There’s not much of a scent, either, which most wipes do have. The wipes contain 100% virgin olive oil (part of the philosophy of Olivella), which has proven to be incredibly beneficial to skin. Plus, I know there are quite a few international readers–Olivella is based in Italy, so they have a much larger distribution than some other brands I have reviewed.

So, not only are these better than the cheap drugstore ones I have laying around, they aren’t expensive. You get thirty in a package, and the price is $7.50–that’s 25 cents a wipe. I can afford that! By the way, makeup removing wipes are also fabulous for quickly cleaning brushes in-between applications; they’re so multi-functional, so they definitely have a place in my limited bathroom space!

These look great! I am currently using Ponds Anti-Aging wipes which I love, they have glycolic acid in them so they not only remove makeup, but gently exfoliate instead of scrubbing the crap outta my skin! They’re really soft and definitely come in handy when I don’t feel like washing my face. Last night was a perfect example, I fell asleep on the couch and woke up at 3am with my makeup still on and all I wanted to do was crawl into bed! But I made sure to at least use the wipes and my skin was happy in the morning. =)

Awesome! How much do they run you? I don’t think I’ve ever bought name brand wipes until recently (MAC), otherwise just generic drugstore ones for me.

I use unscented, alcohol free, or sensitive skin baby wipes and they are great for makeup removal. They are soft on the skin, cost less than the normal makeup wipes, and do the same job as the makeup wipes.

They probably do a good job at removing makeup, but I like when there’s extra skin-soothing ingredients that are especially beneficial, like chamomile and aloe and such.. Also I doubt the baby wipes have any sort of glycolic acid in them which I do like.. it’s one less step I have to do in my routine! 🙂

That’s a great way to stay in your budget 🙂

where can u get these?

So, are these better than the MAC wipes? I use MAC wipes, and they are the same price, .25 cents per wipe.. and they smell FABULOUS, they work great too… 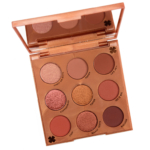 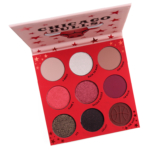 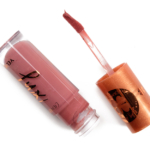 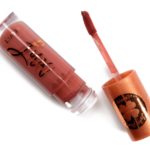 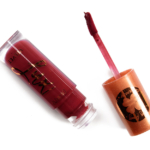 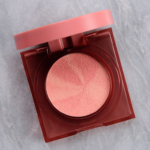