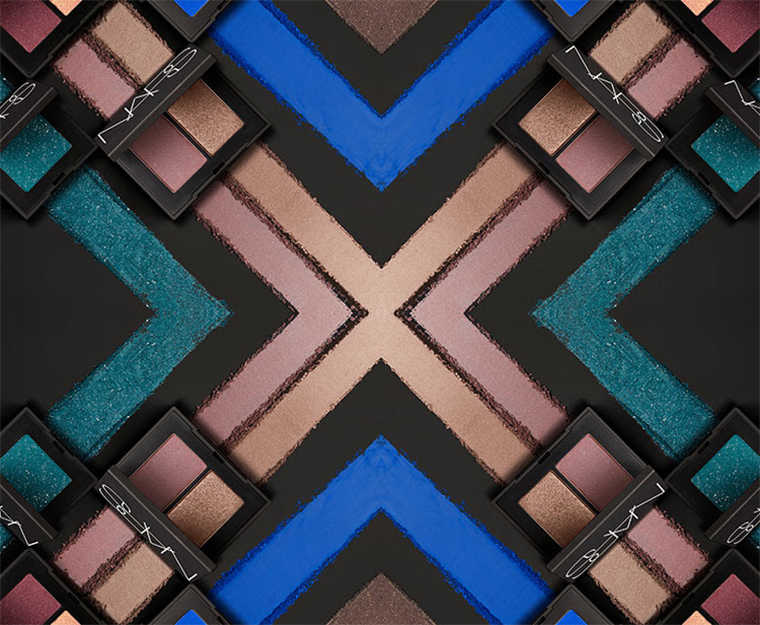 Buttery mattes and lustrous satins. Basic and neutral shades, the essentials for every artistry palette. 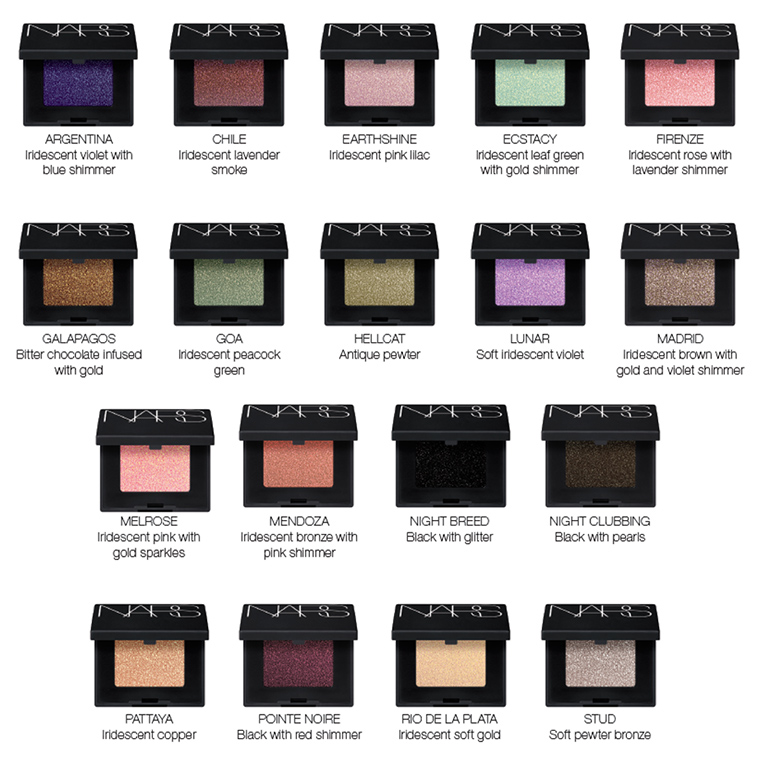 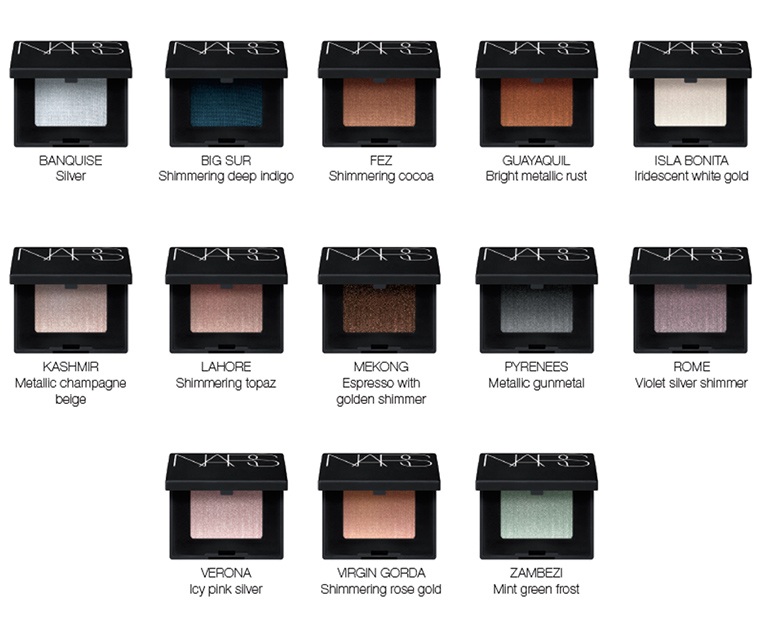 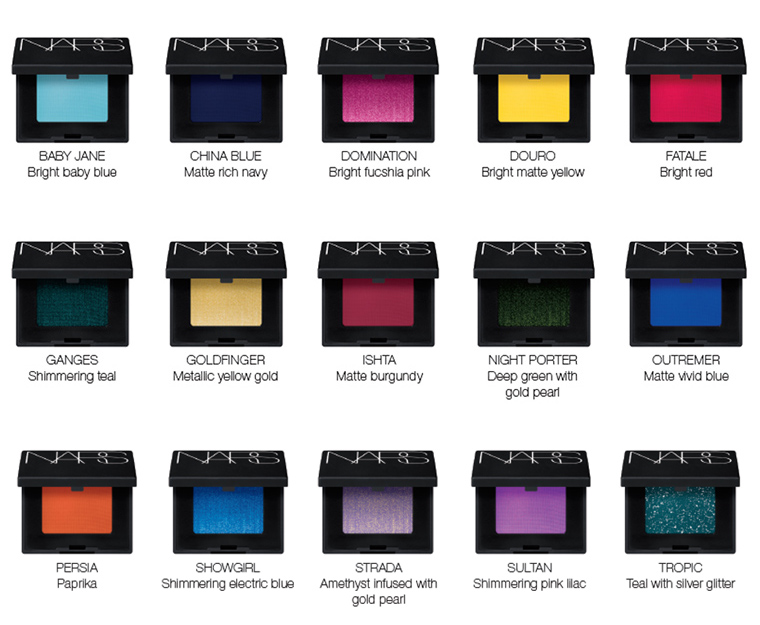 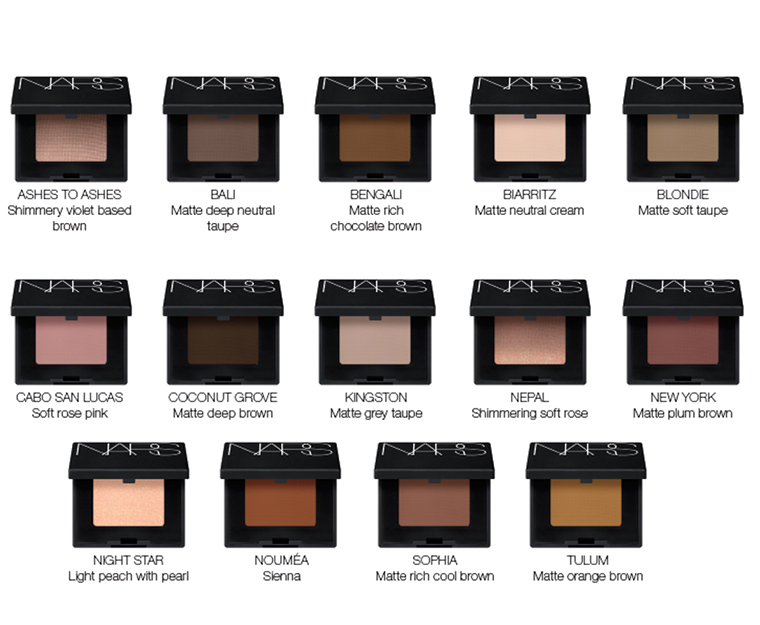 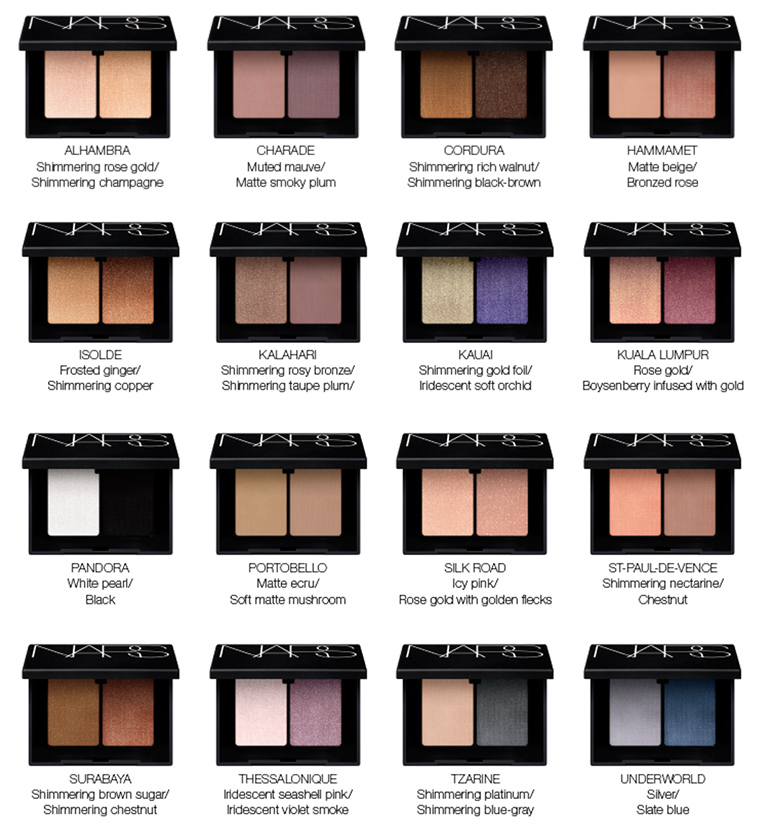 These look beautiful. Wonder how the new formulations compare — I used to love Tropic in the pan but the payoff was so sketchy.

Shame they aren’t cruelty-free but I look forward to seeing comparison swatches if you’re able to make them!

It’s nice to see NARS doing all those bright shades. Now if they do them well is another story. I find their e/s quality to be inconsistent.

Some of these look divine… but I won’t even consider buying any until I see your reviews, Christine!

This must be why the Dual-Intensity Eyeshadows are showing up at Marshalls/TJMaxx! I see some sparklers in this relaunch I definitely want to look at

Well, there goes my budget!!

Looks like NARS got rid of a shade I really like called Namibia, a cool matte gray. It’s a really hard-to-find shade. 🙁

If you find it before me, gonna be irate! Toyed with that one too long… You might want to check out the d/c bin in Sephora. Did that today and scored 3 grays at 5$ each…plus some purples and teals/greens. Put together more purples than Norvina…. Gotta start stalking the TJXs. they had Subculture, but I don’t trust it. I light very light tapped Norvina Soul today, admittedly with the wrong applicator, all they had. Got all pan fall out and nothing on the applicator. Did not want to touch it. Not inspiring, if it’s all going to blow away.

It’s frustrating, isn’t it? Hopefully, cool gray mattes will trend soon. I just recently bought what may have been the very last Namibia eyeshadow! I bought it directly from NARS, but after my purchase, it wasn’t available on their American website anymore, though it’s still on the UK site.

As far as ABH is concerned, I’m not a big fan. I have Modern Renaissance, but rarely use it because of the fallout and powderiness. It seems like more shadow winds up in the air than on my eye!

I don’t see the Tokyo duo either. I’m excited to try the new formula however.

This is exciting! I might have to buy Ashes to Ashes again. I have one years old with huge pan. It’s a gorgeous shade. I love Cairo too, which was discontinued, but I don’t see it on the list. It was a perfect rosy brown! The duos interest me too.

I’m so glad Kalahari is back…it’s the one I mentioned in the thread about products we’re afraid to use up and then, lo’ and behold, this information about it coming back (hopefully it’s not going to be a MUFE reformulation fiasco!). I’m glad to see Kauai there too but really surprised that Lhasa hasn’t been brought back. That shade “Kingston” looks really interesting and desirable, though.

Definitely seeing some exciting shades in the offing! My sincerest hope is that they improved on shades that previously had issues while not mucking up the shades that are legendary and well-loved!

Wow. Hope these review well. I’m interested in a few of the duos.

Wow – so many choices and these look beautiful shades. I hope they are good.

Some of these look really beautiful, but I will wait to see your reviews before buying anything.

I am so excited for these! I hope the reformulations are good because the quality on the old NARS shadows was so hit and miss…the gold side of the Alhambra duo is my favorite eyeshadow of all time, I’m very happy I’ll get to repurchase it now 😀

These look beautiful, I’ve always loved Outreamer, but the changes in their animal testing stance makes them a no-go. Too bad.

Hmmm, I just purchased the Kalahari duo. I used it last weekend for a wedding and loved the soft look that I got. I try and not to do much with my eyeshadow (hooded and deep-set eyes/lids). Maybe I should have held off for this relaunch?

I’m hopeful this reformulation will have amazing quality because I’ve been really into their hardwired singles and dual intensity singles. I have one small eyeshadow palette from nars which I like, but theyre more all ultra shimmery or have a shift so not a stand-alone palette.

Christine I’ll be looking forward to your new vs old comparisons if you plan to be doing it for these! Also do you know if this launch means the Dual
intensity Shadows will be going away? Seems like the Hardwired with the higher price point might be the replacement for them

I love the colors they use but haven’t liked their eyeshadow formulas in the past. I hope these do well!

They all look so beautiful; the Kalahari duo, especially <3 I look forward to reviews!

More hardwired!!! I’m a fan of the original singles and have a lot. It last great that they lowered the price!

They lowered the price, but the pans are also smaller now. The old singles were 0.07oz/2.2g, the new singles are 0.04oz/1.1g. So they’re about half the size they used to be.
Not sure about the new duos, but I’m guessing they’re smaller as well.

Interesting; I have a lot of NARS eyeshadows, duos mostly, although I have several of the colors in the singles and JUST finished one of them after several years. I have five of the duos, and five of the other singles (although three of them are in the night series palette). Mekong just finished so I didn’t count that. I might still replace it, I love that color. And then I still have a lot more stuff that they haven’t reformulated. If he ever re-releases Rajasthan, though, I’ll be all over that. I’m scraping the pan on that duo.

I am not ready to buy any more shadows, for the most part. I just can’t use it all up in 18 months. I love color! I use everything and the amount of product that they put into these pans are not conducive to me finishing them in a timely manner. I’m sure it’s fine for people who use certain colors every day, or almost every day.

I am curious, though, as to how they will perform with the new formula. I am also reticent to get back into purchasing when there are pretty good quality brands out there that are at a fraction of the price (Colourpop, mainly). I only recently bought two new colors from Colourpop after a number of years because the price was extremely accessible ($4).

Addiction by Ayako comes to mind, Ayako worked for NARS before she had her own company, Addiction. There are 99 of singles. This fall she did 6 palettes. NARS no longer has my money. Not fond of that rubber container. Used to be USA made.. I am planning to get two of the Empress Orchid palettes. Not cheap, but I do like Japanese brands.

This rubber case is a problem…

I’m kind of sad Cyprus and Rajasthan didn’t make it. Still excited for these!

Just saw three videos they put out with a smattering of the new shadows. I wasn’t super impressed, to be honest. I didn’t think that the pigments were particularly striking, that or he used a suuuuper light hand in the application. I own Kauai and Kuala Lumpur, and Kauai as it was previously formulated has an amazing pop on both sides, not just the gold lamé. The purple side … when he applied it, it looked like he barely did anything. For her look it was all right, but the look did not show me just how pigmented the purple was. Quite the contrary, it looked extremely weak.

As for Kuala Lumpur… I like this when I want to make it look like I’m wearing nothing at all, and the girl he used that on had a similar skintone to mine, and although that was his intended effect, it absolutely gives me no confidence that this formula is better pigmented than the last. I couldn’t see a lick of the rose gold on her eyes. All I saw was the hardwired shadow he dabbed on the center of her lid.

In the second video, he again used an extremely light hand and it made me wonder what the hell happened to Kauai. The purple in the old formula is just as intense as the gold, but I could barely see the purple. It was a pretty look, but again – not a great video to show how pigmented these new shadows are.

In the third video he uses a dark-skinned model and finally uses some shadows with some real color.

I would like to see a before and after swatch of some of these, to compare pigmentation.