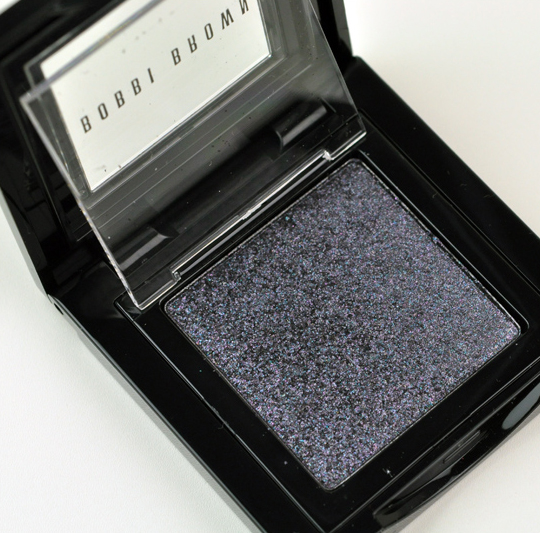 Bobbi Brown Black Sparkle Eyeshadow ($24.00 for 0.13 oz.) is a gray-black color base with layers of teal shimmer, lilac and silver glitter, and wet finish. I think the coolest characteristic about Bobbi Brown’s Sparkle Eyeshadows (or this breed of glitter eyeshadows in general) is how they look slick and wet.

The glitter eyeshadows of yesteryear were just powder eyeshadows with glittery bits in them (think MAC Lustres), but this newer breed has a creamier consistency–everything clings together and then smooths out when applied. There is significantly less fall out with these creamier glitter shades (but they are not cream eyeshadows!)–there is a bit, but nothing undue given how dark the shade is.

Upon first swatching, I thought it was exactly like Black Velvet, but swatched side-by-side, the differences are easily seen! (I actually went back and double-checked the shade name, and I thought maybe mine was mislabeled–that’s how close they seemed at first glance!) Black has a soft black color base with multi-colored glitter that flashes blue, teal, purple, and silver. It looks very blue when swatched next to Black Velvet.

Do you rock the glitter eyeshadow or is it too much bling for you?

RECOMMENDATION: Bobbi Brown’s Sparkle Eyeshadows are some of the better glitter eyeshadows on the market–they’re pigmented, smooth, and hold together really well. 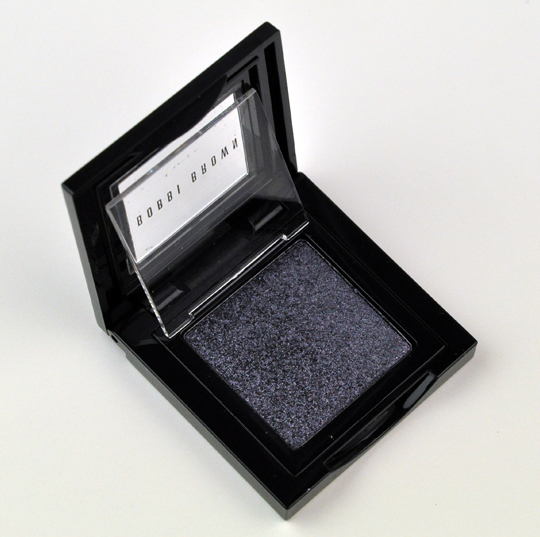 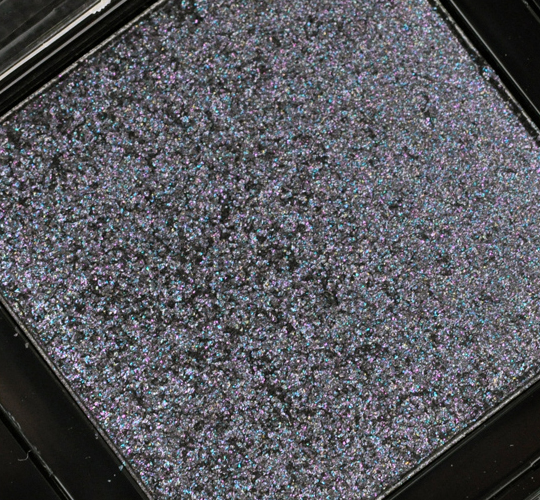 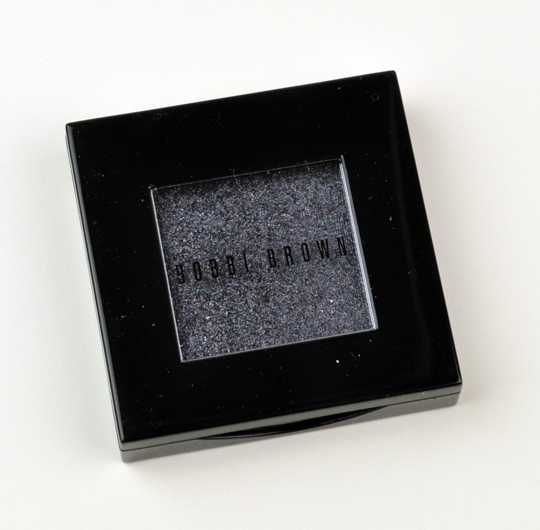 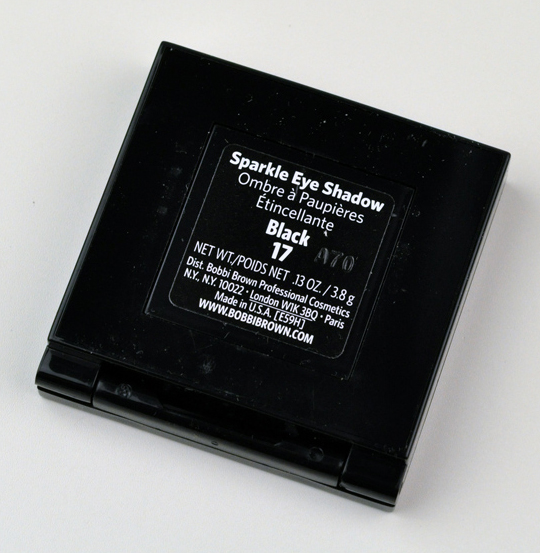 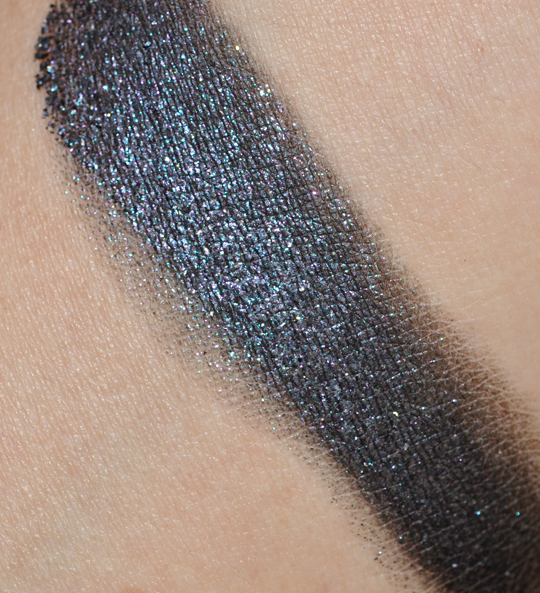 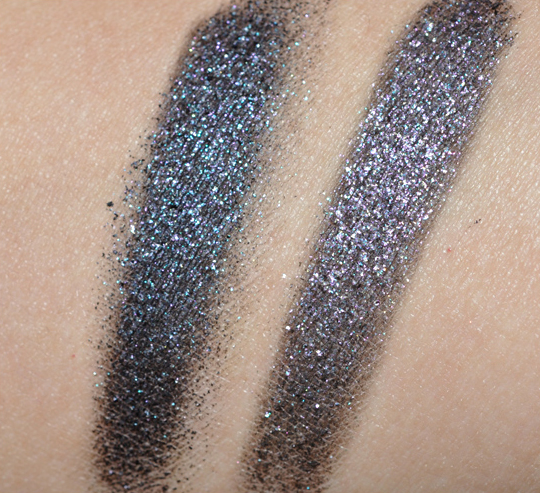 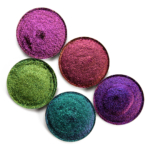 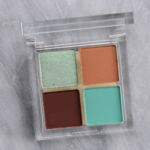 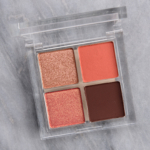 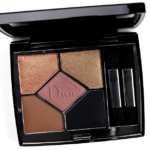 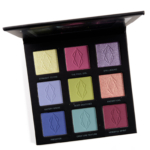 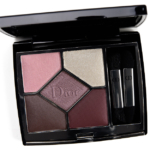 You really don’t have a problem with a bunch of sparkle ending up under your eyes? I bought Denim Sparkle from the last collection and I love the color but I can’t stand all of the glitter fallout. How do you apply it? Maybe it’s user error on my part!

I pack it on the brush, tap the ferrule against my wrist once, and then pat on to apply!

I find that fryinnae’s pixie epoxy is so good for colors with a lot of glitter fall out. what’s even better is its only $7 a tube, and a little goes a HUGE long way.

I bought this last week and love it! Def that smooth, rich texture! So pretty

How the heck did you get that color payoff?! I have the Denim one and have gone over it and over it and barely get anything but a few sparkles. It’s so pretty in the pan too. Maybe it’s just the Denim shade that is like this?

I haven’t reviewed Denim, so I don’t know if it differs!

It almost looks as though the stars have clustered densely in the blackness of the universe. Pretty! But not sure if Bobbi Brown would be kind to my budget…

I purchased both of the sparkle eye shadows from this collection. I love them both so much. I am obsessed with Bobbi Brown Sparkle shadow.

Am definitely going to have to check this one out 🙂

I got the Black Velvet one, but not sure I need this one as well. Wanted to swatch it today while out shopping, but they didn’t have any in stock. 🙁

I think I love the Black Velvet one! Makes me rethink my budget for MAC’s 2 MES coming out next week.

Gosh, they are just amazingly gorgeous. I think you’re right… these aren’t your mama’s glitter shadows.

Do you have any looks planned with these?

I did a look with Black Velvet a few weeks ago 🙂

I’m annoyed that Canadians can’t buy Bobbi Brown online! Even Sephora carries it now, but it’s restricted for shipping to Canada. I would love to get my hands on the Black Velvet shadow, but it was sold out at my Holt Renfrew. Laaaame. :p

I wonder why that is? Nieman Marcus will ship to Canada I think.

Yes, Neiman Marcus is the only website I can find that looks like they would ship Bobbi Brown to Canada. And they appear to be sold out of the Black Velvet shadow. LOL.

pretty but i’m sure the multicolored shimmer is only visible up close, most likely just looks like a black eyeshadow with silver sparkles to someone else.

Definitely not black – the brown is quite apparent IMO!:)

Wow! That is really electric! I don’t think I could wear that as a shadow, but maybe as a liner. It’s just too dark and too sparkly. But I have been known to rock the glitter shadow from time to time. Light colors tend to work better for me.

I went to the counter to buy the Black Velvet. I had been looking forward to it for weeks. The counter had their samples of Black Velvet and Black Sparkle their promo mixed up by mistake so I ended up purchasing the Black one instead thinking it was the right shade. Something in my head wouldn’t let go that the Black Velvet display looked incorrect..so I opened up the box and sure enough, I ended up getting the wrong shade. Thanks for the awesome swatches Christine. You saved me a gas trip. Unfortunately since if you open the box and exchange, they can’t resell the item. It didn’t even reach the parking lot but I didn’t want it to be damaged and wasted so I kept it and went ahead and bought Black Velvet the second time. I’m glad there is no known dupe. Makes me feel better about keeping it. Thanks for the review =D

So different! The dark blue side looks, well, dark blue!

If you had to pick Black Velvet or this one, which would you pick?

Hmm, probably this one!

Wow! I love the blue throughout.

I have no fallout whatsoever from Black Velvet.
I had the makeupartist apply it on me before buying it though.
He brushed the colour very lightly with a flat shader brush 2 or 3 times (mostly the front part) and strictly padded on the colour. he picked up a tiny bit more and padded more all over, concentrating the colour more on the outer third, and then finally blending it slightly up above the crease, softening the edge. Not one sparkle particle of fallout.
The difference for me is, I sometimes pick up a third layer to get the colour payoff he had, and still feel I don’t get the colour quite as intense with as little product and with padding only as the application as he did.
But stunning results – never got so many compliments for any makeup. It is in between dark and not too dark makeup, even my boyfriend loves it (he thinks dark shadow does not flatter me, and is probably right since my Mom says the same thing).
The MUA at Bobbi Brown’s said you can pad only, NO other motion. Only in the very last step with little product on the brush, you can “stroke” and blend at the edges.
I love this type of shadow. Will buy the black one since I intended to get a backup for Black Velvet anyway. 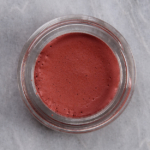 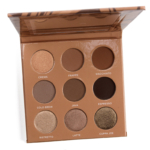 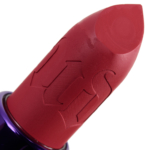 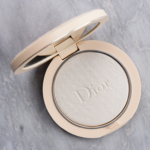